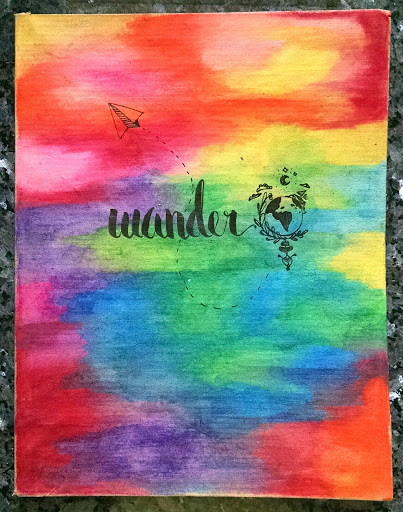 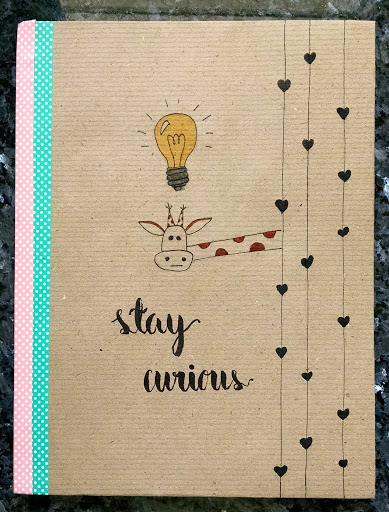 Part 2 of the DIY Notebook series is here! Once again, I just began by wrapping the notebooks with some brown paper before decorating them.

For the first notebook, I just colored all over it with some watercolor pencils in a pretty random pattern. Then to activate the pigment, I brushed water all over the cover. The gradient wasn’t as smooth as I hoped for it to be, but it was very pigmented which is why I chose to use watercolor pencils over watercolors. After that, I just wrote the word “wander” on it with a brush pen, and added some doodles with a Micron pen.

For the second notebook, I added two strips of washi tape to the left side of the notebook and some vertical lines with hearts on the right side. I then drew a giraffe with a light bulb on top of its head with micron pens and colored that in with drawing ink. Below that, I wrote the words “stay curious” with a brush pen.

I hope you try making these notebooks yourselves, and a part three will be up soon!